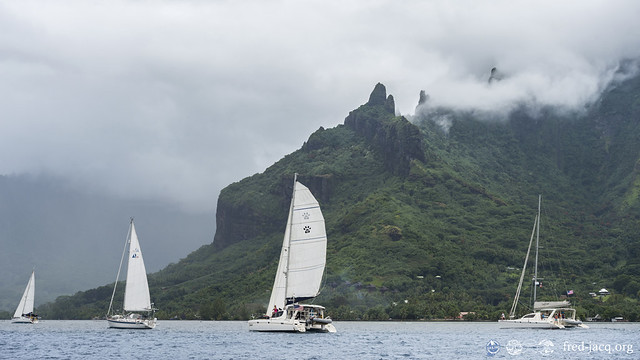 Initiated 11 years ago by Tahiti Tourism and Archipelagoes, the annual Tahiti-Moorea Sailing Rendez-vous evolves every year, attracting a growing number of sailors from around the world. With only a dozen boats attending the first Rendez-vous 10 years ago, this year’s fleet almost reached 70 boats, with roughly 200 international sailors aboard —more than 10% of the annual total of boats that visit the Fenua every year. The growth of participation in the event is partly due to the promotional efforts of Tahiti Tourism and Papeete’s Autonomous Port, at international boat shows and special event promotions such as those held at the Panama Canal.

The 4 watchwords of these nautical promotions are : Welcome, Share, Promotion and Positioning of Tahiti as the main gateway for Pacific pleasure boating. 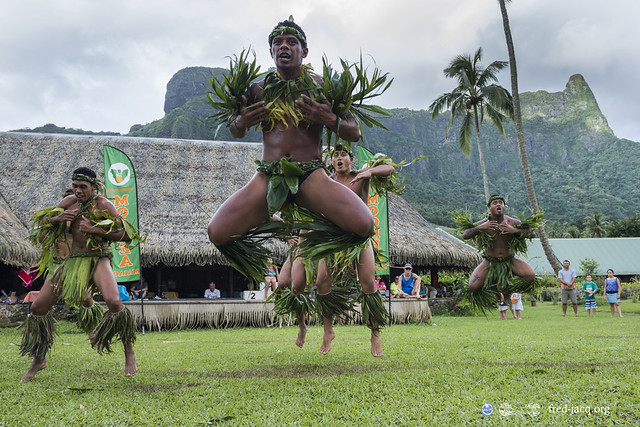 On Friday, July 24th, fleet members were welcomed to Papeete with a heart-felt speech from the Minister of Tourism Jean-Christophe Bouissou in the Tahiti Tourism garden. Our tourist yachtsmen also received leis, a blessing of the skippers and a splendid show of Marquesan dances, before
enjoying a cocktail in their honor. Saturday in Moorea, Miss Moorea’s dauphine crowned the sailors before they took part in various traditional Polynesian sporting contests and cultural demonstrations. 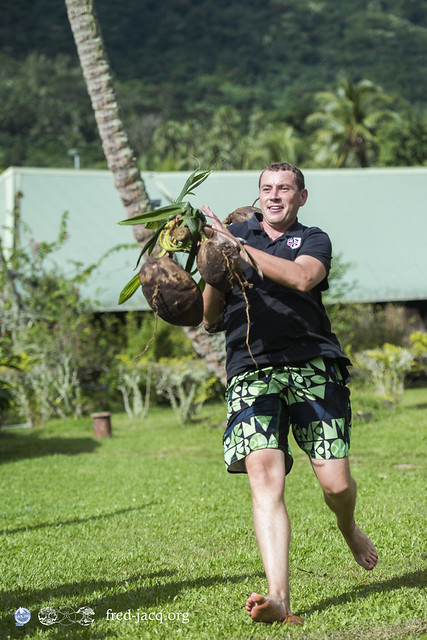 During the three-day event, local tourism and nautical representatives joined together to create a memorable event for these special visitors: Tahiti Tourism, the communes of Papeete and Moorea-Maiao, the Papeete’s Autonomous Port, Air Tahiti Nui, Tahiti Crew, the Yacht Club of Tahiti. Thanks to them, these sailors could discover various aspects of our culture and sample with our traditional sports. The Marquesas dances, the dance of fire, the tamure, the race of va’as, the races of fruit carriers, the stone-lifting contest, the art of husking and grating coconut, and techniques for tying pareos, and other crafts of Moorea were demonstrated. Because all these activities were introduced to them, these sailors found themselves as active participants, not only as spectators. 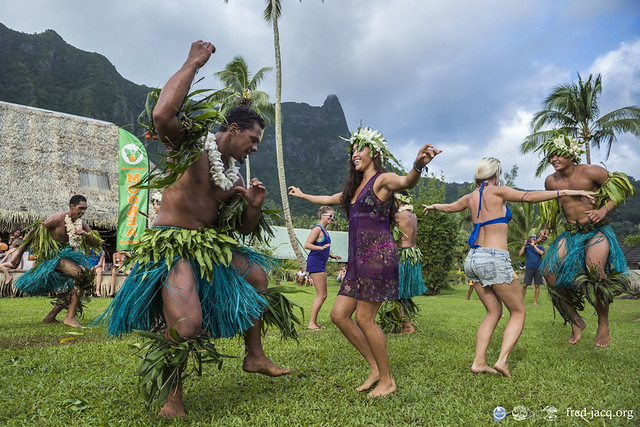 As if year’s past the three days of the Rendez-vous will stand out as a highlight of the sailors’ stopover in Polynesia, and will serve as splendid topic for them to share via their social networks, with both images and comments, thus promoting our destination, and encouraging other yachtsmen friends around the world to also sail in Polynesia. Thus, the skipper of the sailboat Starry Horizons posted yesterday: « Thank you for all the hard work you put in to make the Sailing Rendezvous a great success! My wife and I had a great time and are already telling our friends who are still in the Caribbean that they need to head west and join the fun! ». 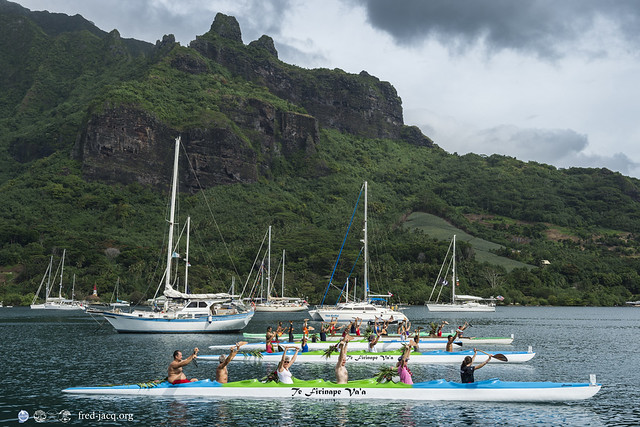 Each year, this « sailing rendez-vous » also attracts nautical tourism professionals from several destinations to the west in the Pacific Islands, who take advantage of this gathering of international sailors to promote the nautical attractions and services of places that this westbound fleet will soon visit such as Tonga, Fiji, New Zealand and Australia. Papeete is well positioned as the yachting hub of the Pacific. This year, they were 7 partners from Fiji, New Zealand, and Australia who flew in, specifically to be associated to this event. 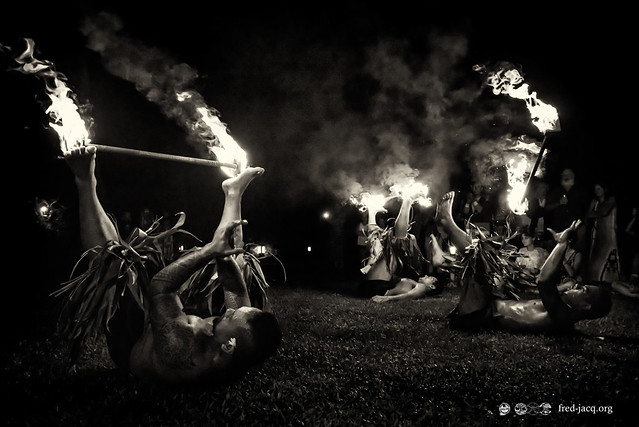 The Tahiti Moorea Sailing RDV creates an ideal forum for representatives such as these to unite around a dynamic promotion of South Pacific nautical destinations, led by Tahiti Tourism. This regional synergy strengthens our destination, and encourages more boaters to cross the Panama Canal to jump into the South Pacific. In other words, the collaboration between all these states and island territories, around sailing, is an important lever to attract many more boats into our ocean.

The organizer of the Sailing RDV thank all the partners, and cultural and sports associations who have assisted in these activities and were able to share their passion and know-how with these tourists sailors: Te Va’a Firi Nape Maharepa Club, Faaroa Cultural and Sporting Association, the band Moorea Swing Boys and Taki Toa.

Theme by Anders Noren — Up ↑